Wizzybug – The Path to AUTOnomy 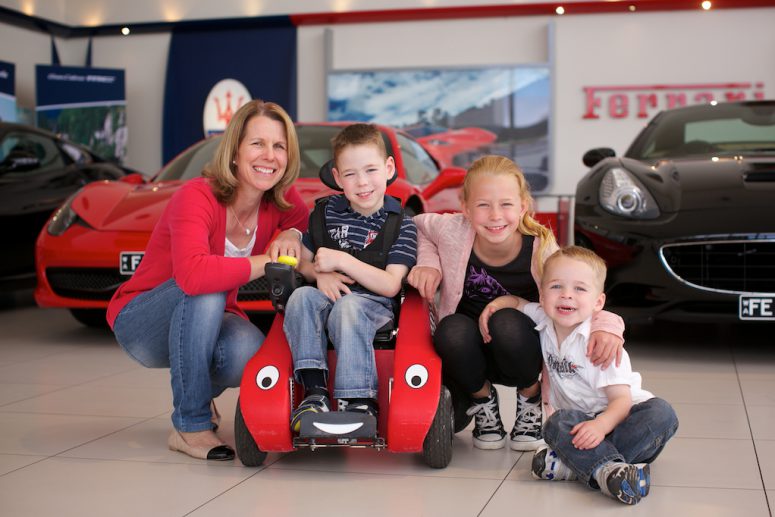 Our son has severe Cerebral Palsy. The prognosis we got from the doctors was very negative…

“Due to the severity of the brain damage he suffered, Our son probably won’t have a typical life and his interaction with the rest of the world will be very limited.”

Indeed, during his first 3 years, our son seemed to be very passive and his communication was very limited. He wasn’t able to speak, to sit alone, or to move on his own. Most of the day he sat in his stroller or in his corner chair. The other children at home and at school moved too fast for him and didn’t have the patience to sit near him to play.

As parents we were worried about our son’s situation and we didn’t know how to help him with his challenges. We wanted to help our son to live in the real world despite his motor limitations; we didn’t want to see him in the back of the social line.

We thought that maybe if our son could move independently it would be easier for him to play with other children. We tried to adapt existing little cars and baby bikes but every time we experienced the same disappointment. He just wasn’t able to sit comfortably and use our prototypes.

Of course there was always the option of buying a powered wheelchair. The big black emblematic wheelchair. We knew that one day our son will have to use a wheelchair but we just weren’t ready for that. We were so afraid of the image that the wheelchair would project.

We searched a lot and we finally found the Wizzybug. “Wizzy” is a combination between a toy and a powered wheelchair. Its funny and innovative design has been specially chosen for children under 7.

Our son got his Wizzybug when he was 4. Instead of being sad and downcast we were so happy to bring the Wizzybug home. Our son quickly learned how to use the joystick. He was so enthusiastic to finally do something on his own – he finally began to discover the world that up until now had not been accessible to him. He also began to communicate with other people.

Our son is now 7 and still uses the Wizzybug. Thanks to its small size, we can bring it to the park, to school, or to the shopping center. Ourson is the star of the show wherever we go. Being pushed in a stroller or being carried from one place to another is fundamentally different from having active control over one’s own exploration. This autonomy has given our son self-esteem, and we definitely see a significant improvement in his social skills.

The Wizzybug has changed the life of our whole family – we can go out and enjoy things together. In addition it has allowed us to gradually and naturally enter the world of power mobility without fear or anxiety